How Does Axial Spondyloarthritis Progress?

Axial spondyloarthritis (AxSpA) is a general term that includes various conditions, but overall it is a progressive form of inflammatory arthritis.1 While other areas of the body can be affected, the areas most commonly impacted are the spine and pelvis, along with joints, tendons, and ligaments.

As a progressive condition, AxSpA gets worse over time. Knowing more about what healthcare providers look for and the progression of AxSpA can give you more information about your condition.

Figure 1. The axial skeleton in relation to the entire skeleton 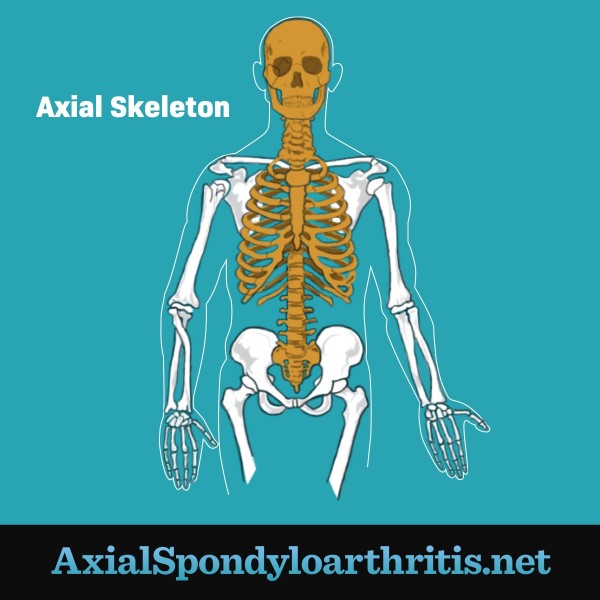 In early stages of AxSpA, inflammation occurs. This causes low back pain and sometimes hip or pelvic pain. You might also feel like you have a stiff back, making movement painful or slow.

As AxSpA progresses, bones can become deformed. Chronic inflammation can lead to scarring of tissues, resulting in new bone formation. In ankylosing spondylitis (AS), AxSpA has progressed to the point where new bone formation has occurred in the spine and fusion takes place.3 This causes immobility.

Risk factors for a condition are characteristics that may increase a person’s risk of developing said condition. They don’t mean you will definitely develop the condition; just that you may have a higher risk than someone else who does not have such risk factors. Some people with one risk factor may develop a disease, while someone who has many risk factors may not develop the disease.

Knowing risk factors and which are changeable can be helpful in making health-related choices.

Risk factors for AxSpA can include:4

While not a risk factor for developing the condition, smoking cigarettes has been shown to make AxSpA and AS worse. Those with AS, particularly men, who smoked had more spinal damage than those who did not smoke and were at the same level of disease severity.5 One study found that spinal damage for smokers was approximately 5.5 times worse than those of non-smokers.5

If there are no visible changes on x-ray, but symptoms strongly point to AxSpA, the doctor may order magnetic resonance imaging (MRI), which can provide a more accurate picture of the joints and tissues. 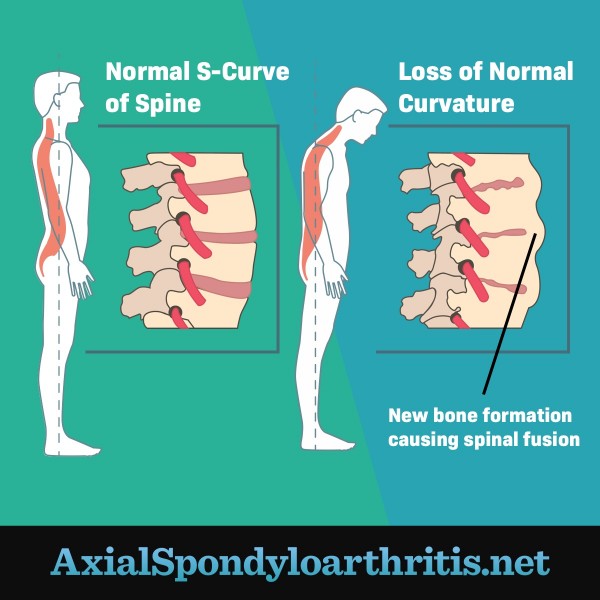 There is no cure for AxSpA but treatments can reduce inflammation and other symptoms and decrease or prevent damage from occurring.

Talk with your doctor about your specific situation and your lifestyle, and what your diagnosis may mean for you. By going over your radiographic imaging results, especially over a period of time, they may be able to give you an idea of how your condition may progress.

An Unnerving Complication of AxSpa: Costochondritis